The American Democracy game was developed by the National Conference of State Legislatures to help young people, especially students in grades 6-8, better understand the workings of representative democracy.

This downloadable interactive presentation is designed for legislators and teachers to use with students to discuss representative democracy and introduce the American Democracy Game. This presentation, and the game itself, teach students about the importance of government in their daily lives, the kinds of people who represent them in legislatures at all levels, and how our elected officials use debate, negotiation and compromise to resolve disagreements on public policy issues. The speaking guide and resources are additional materials that legislators can choose to use for outreach with educators and students. 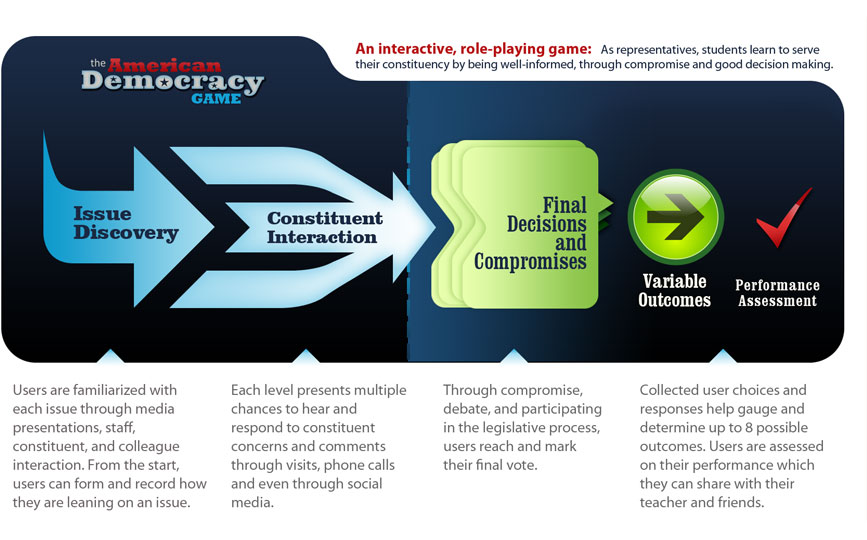 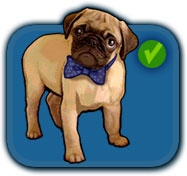 In level one of The American Democracy game, students receive an introduction into the world of representative democracy, including vocabulary such as: "constituent" and "representative". Through game play, learn key concepts, such as: the importance of gathering diverse input, the role of a representative's staff, the importance of communication and professionalism, and the process of compromise.

After being elected to office, the student faces the challenge of dealing with a community issue. The city council of the fictional city of Setterville, is considering a bill to build a local dog park. The student is presented with an overview of the bill and a summary of some potential concerns. The student then gathers as much information as possible to make an informed choice. Three compromise opportunities are presented, and depending on the student's choices, the game unfolds into a multiple scenario experience, where they attend a city council meeting and vote. After the vote, the student finds out whether the bill passes or fails. The student then receives an assessment of their performance as a representative. 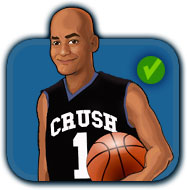 Level two of the American Democracy game introduces the student to a more challenging issue at the state level of government. In this level a fictional bill has been introduced to increase the school day by one extra hour, so students can participate in mandatory afterschool physical activities. Similar to Level one, the student reviews an overview of the bill and a summary of some potential concerns. The student will then play through experiences, where they will gather information to make an informed choice. The game offers tree compromise opportunities, and depending on the student's choices, the game unfolds into a multiple-scenario experience, where players attend a committee meeting and then a vote. After the vote, the student finds out whether the bill passes or fails. The student then receives an assessment of their performance as a representative.

Give Us Your Feedback

To tell us what you think of the game, please fill out our feedback survey.